6 Tips to Help You Catch More Sailfish This Summer

As I've said before, here at Tradify we like to work hard and play hard and we know its the same for most of us in the Trades. One thing we know a lot of people in the Trades like to do with their weekends is to hunt sail fish. To try and help you have a great experience we've had our resident fisherman put some thoughts together on what you need to do to get more of them on the line. 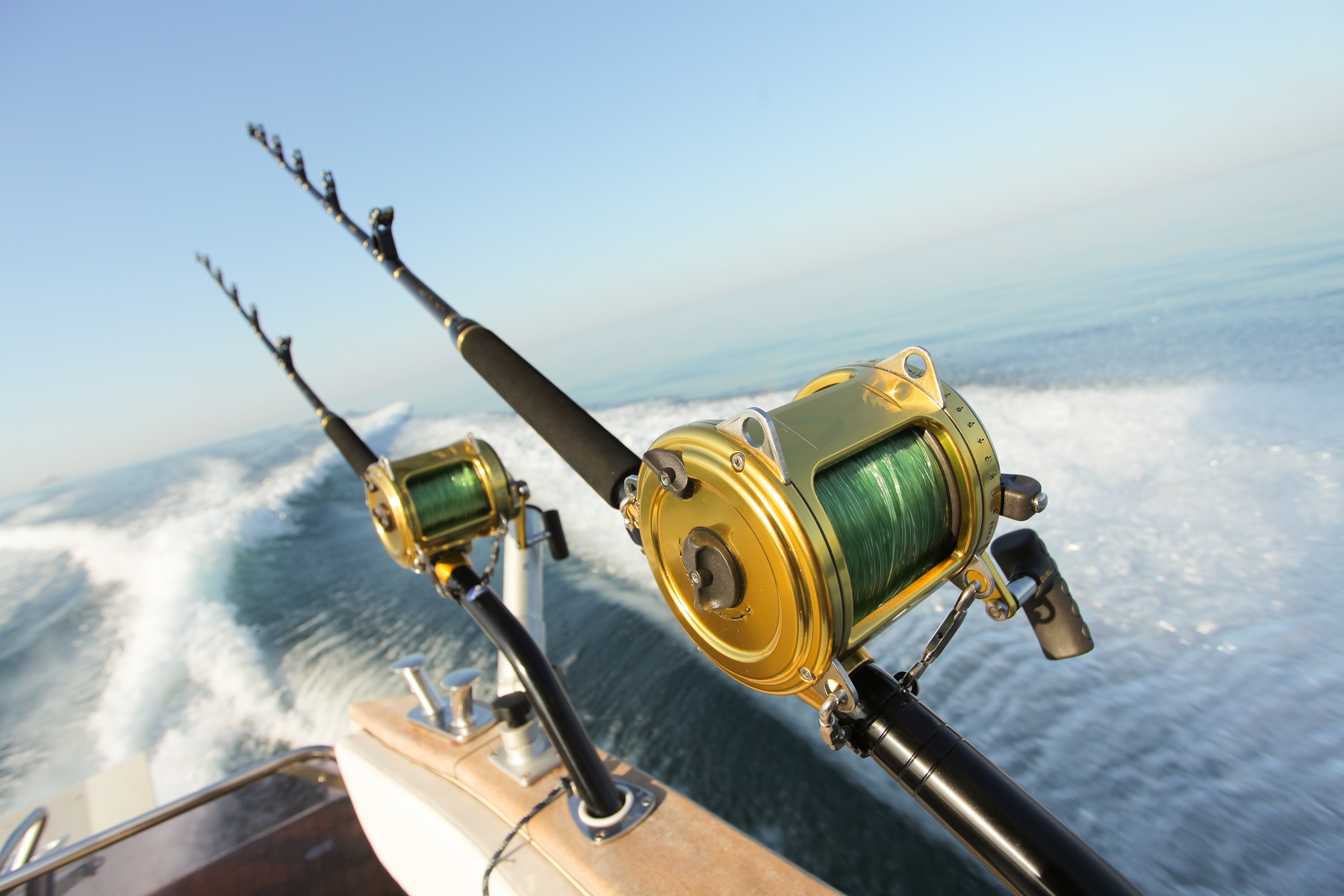 While Marlins may be hailed as the kings of the ocean,  when it comes to marine royalty, sailfish are next in line to the throne. Big, beautiful and wickedly fast, sails are known as the swiftest fish in the sea, capable of hitting speeds of up to 100km/hr. That’s faster than some second hand rice burners could ever dream of.

Another reason we reckon they’ve got a one up on their marlin counterparts is the fact that they’re a far cheaper fish to chase. Most anglers find a 4 – 10kg line more than capable. Plus, they pack a punch when it comes to fun, hurling themselves into the air, flicking their tales and sprinting towards the horizon on runs that can hit 500 metres. Talk about a good time.

Of course, catching these big guys is something of an art. This means that if you want to reel one of these prized sport fish in, you need to know your stuff. Forget stern-side chaos, tackle glitches, bruised egos and squandered opportunities. Yeah, it’s all part of the experience but when you’re sick and tired of trolling, here’s some tips to get your reels wet.

Know where to drop your line

First of all, know your waters. Plain and simple, if you’re fishing in water under 23 degrees, your line’s going to stay dry. Find them all year round north of the Tropic of Capricorn, as well as renowned hotspots like Exmouth’s Tantabiddi region.

Trolling is all part of the game, and it always pays off to keep an eye out for seabirds and baitfish on the surface. In my experience, action doesn’t spell instant sails, as the fish will usually emerge about half an hour later. In other words, stick around and be patient.

One of the most redeeming characteristics of sailfish is their ‘no bullshit’ attitude. When it comes to feeding they’re bad ass, and can get wildly aggressive. I’ve had up to seven fish all up in my spread at one time, all vying for the same bait. When this happens, you’ve got to allow time for the fish to run with your bait before setting the hooks. Otherwise, the cheeky buggers tend to ‘bill wrap’ you. Never heard of the term? In a stroke of survivalist genius, Mother Nature empowered them with the ability to turn their stomachs inside out and reject hooks. So how can you tell when you’ve hooked, and when you’ve been bill wrapped? When they start to jump, you know you’re in the money. 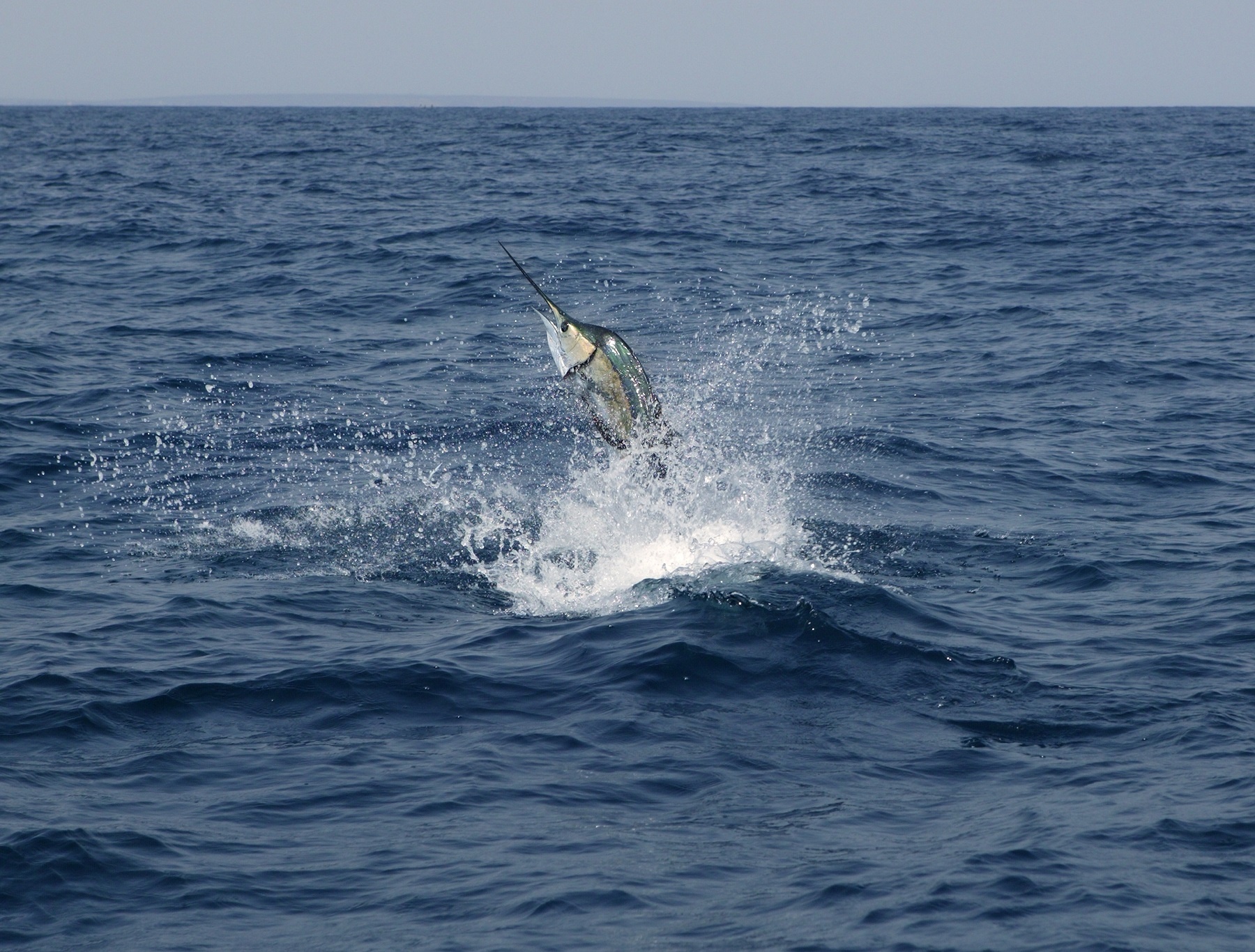 If you’ve ever been to Broome, you’ll know they’ve got a bit of a toothy problem. Avoid reeling in sharks by setting baits close to the boat. Unlike men in grey suits, sailfish aren’t scared off by proximity to vessels.

Get down with the Witchdoctor

It’s got a rep as the best trolling fish exciter on the planet, and when you see the Witchdoctor in action it’s not hard to see why. At trolling speeds the ‘Doctor’ stays submerged well below the propeller wash, with its glinting mirrored flashes and lively swimming movements mimicking the behaviour of prey. And just like bees to honey, sails won’t be able to resist a nibble at your nearby hook.

This is a bit of an ‘on the fence’ tip as it has its pros and its cons. While running pushers will increase your chances of a solid hook-up with no vital organ punctures, you’ll probably catch far less fish on a bad day. That said, on a good day when feeding frenzies are in full swing, it’s just as effective and a whole lot easier. Basically, when biting’s few and far between, running pushers is a matter of quality vs quantity.  It’s also about responsible fishing, as deep hooks in the throat can lesion the heart and cause sails to die, even if they’re set free. Tagging stats prove this, with just a 1% recapture rate off the east coast, and a meagre 0.5% in Broome waters.

With the average sailfish living for eight years and reaching weights of up to 100kg, there’s a lot on the line. So when sailfish next show up in your swells, keep these tips in mind and hopefully you’ll reel in a big fella.