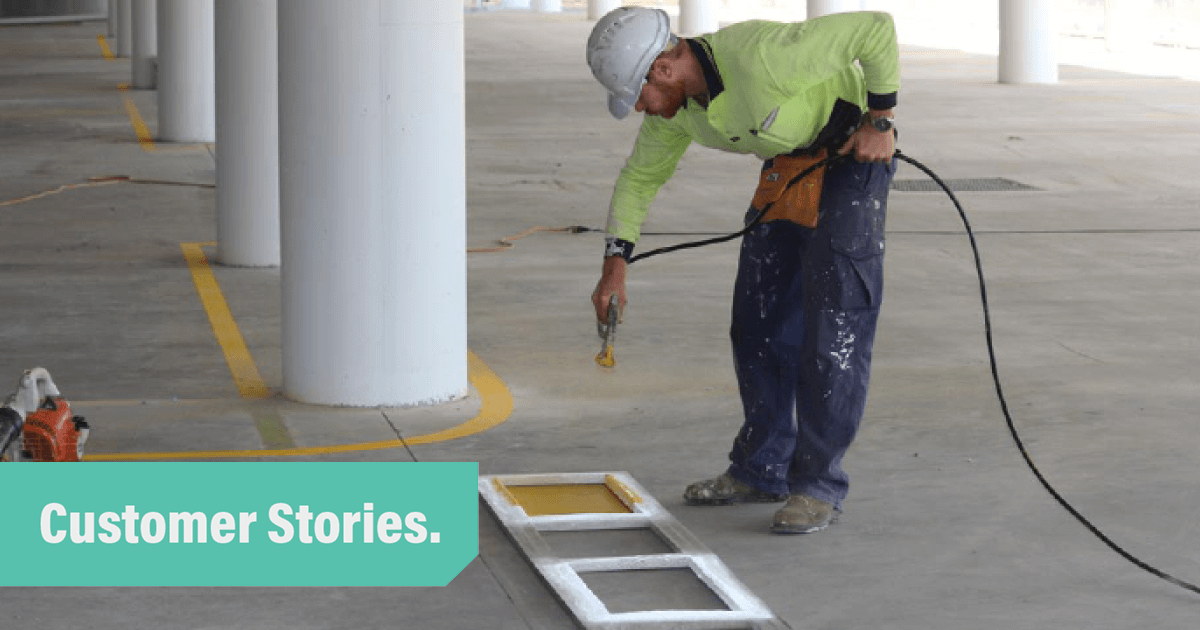 Kellie and her husband Dan aren’t your run-of-the-mill trade business. Their company, Suncoast Roadmarking, is responsible for line-marking the entire Queensland region. That means everything from car parks to highways.

It’s not an everyday job, but for Kellie and Dan, it’s been their life for almost 15 years – Dan originally took over the business in 2007. Kellie joined him in 2014 to help keep the admin in order, and since then, they’ve added four other staff members to the team.

Up until this year, Kellie was using a pen and paper system to manage the company’s bookwork. But it’s not like they’ve only got one or two jobs to manage – their work spans the second-biggest state in Australia.

And now, since two little humans have joined the team, life’s a bit busier than it was. Between running a business and raising three children, Kellie’s got enough on her plate without having to chase wayward paperwork and clients.

As their business – and family life – expanded, Kellie knew something would need to change, pronto! 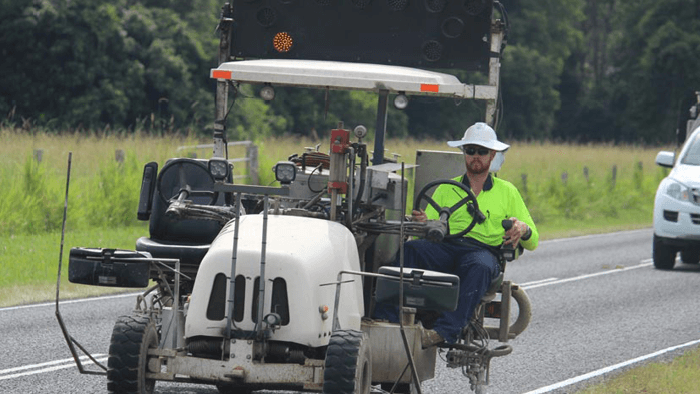 Other systems “costing us to do work”

On their hunt for a more efficient system, the Suncoast Roadmarking team tried various platforms. Given the niche nature of the business, none of them quite hit the nail on the head.

Suncoast Roadmarking has the tender with Noosa Council to do all the maintenance and road-marking work around the area, which means they do multiple jobs for the same company.

Many of the systems they trialled ran on a cost-per-job basis. That meant they were being charged for every single job they won – and sometimes, they’d have hundreds of jobs in a week. They quickly realised this system made no financial sense.

“That started to become a huge added expense for us. It was costing us to do work!”

Kellie knew there must be a better solution. She put her mother-of-three admin-queen hat on and got searching.

Suncoast Roadmarking doesn’t book its jobs as most trade businesses do. Because it often does several jobs for one council, the company gets booked in as a job, with workers filling out separate job sheets for each worksite.

No system was able to cater for that kind of complexity – until Kellie came across Tradify. Now, they’re not being charged huge amounts just to use the software.

“It’s a bit odd the way we have to do things… but Tradify definitely has the easiest way to deal with it.”

Kellie explains that while they were lured in by the appeal of other systems that were ‘cheaper’, in the long run they actually incurred a much bigger expense – time.

Plus, Tradify allows Kellie to remove users when they’re not working – meaning they’re not forking out unnecessary fees – “That was another big bonus for us.”

Scheduler frees up Dan to spend time with family

Before using Tradify, Kellie would collect job sheets from her team, then attempt to decipher what they’d written down. Sometimes it worked, but most of the time it didn’t. Kellie says that everyone had a slightly different way of recording things, but the worse thing was as the business grew, they started missing jobs.

“Our scheduling was basically all in my husband’s head; sometimes in a paper diary. People would call us and say, ‘You were meant to be here today’, but we had missed it.”

Since making the switch to Tradify, Kellie says they’re much more organised, they’re not missing jobs and having a uniform approach keeps them consistent.

“Tradify simplifies the way the week looks – it makes things more manageable for the whole business.”

"In the past, the guys would get a phone call the night before to say they had to be somewhere at 6 am the next morning. Now, they know where they’re working in advance, and I think they’re happier.”

Kellie’s also thrilled that some of the mental load has been taken off her husband’s shoulders.

“Spending ten minutes on Tradify has freed up so much of his mental time – time that he now gets to spend with the kids.”

The final piece to Kellie’s management puzzle was finding an easy quoting solution. Other systems they’d used didn't have user controls, so when Kellie created a quote, staff could see what was being charged. In other words, everyone had visibility of the business’ financials.

That’s all changed with Tradify. Now, Kellie can choose what information each team member has access to. “The privacy side is great.” 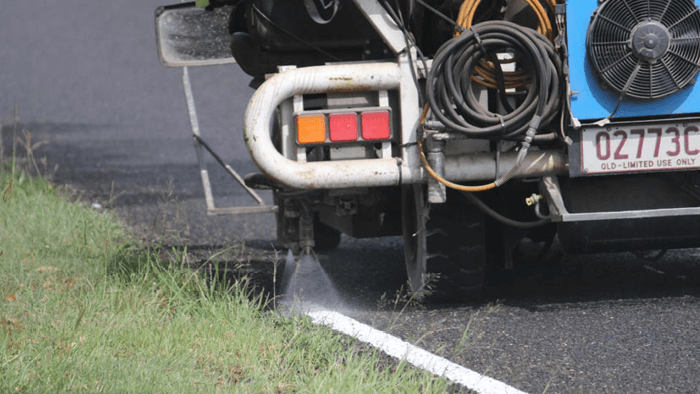 Tradify’s quoting functionality has been a real game-changer for Suncoast Roadmarking.

“It’s been invaluable for us. I just transfer a quote over to an invoice and click it through to Xero,” Kellie explains.

Reflecting on how things were done pre-Tradify, Kellie says it’s helped her enormously in her job. And if anyone’s slow on the Tradify uptake, she’s got a piece of advice:

“Stop wasting your time! I really believe in Tradify – I think they’re great. They’ve really, really helped us a lot.”