How To Start a YouTube Channel for Your Trade Business 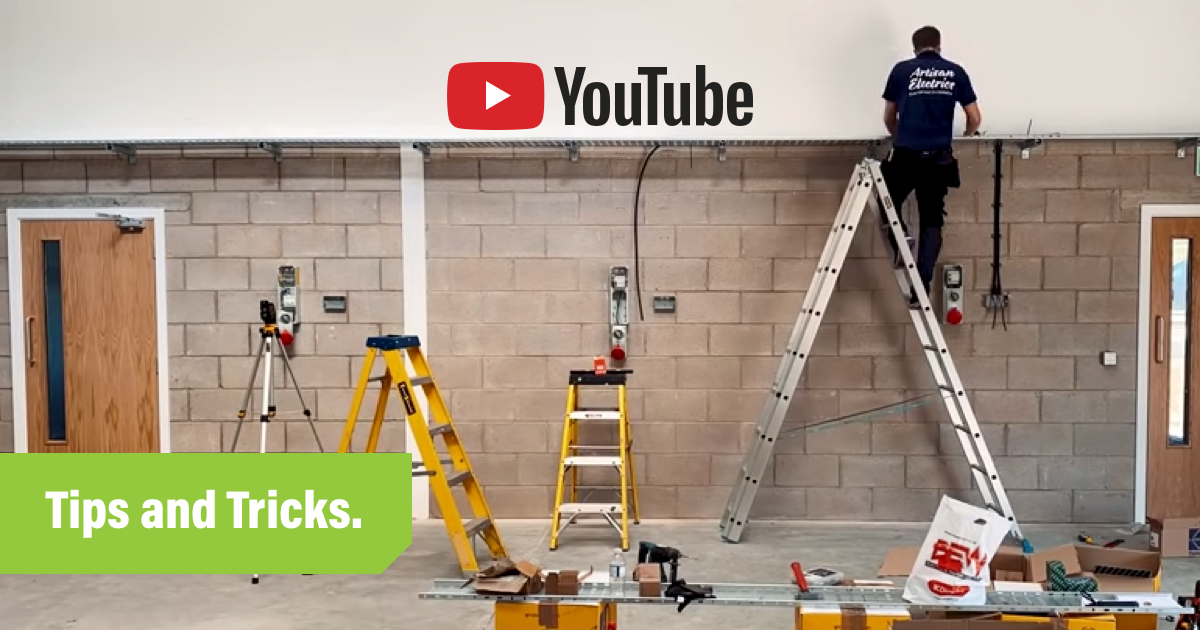 YouTube was created in February 2005 by three ex-PayPal employees and sold to Google in 2006. Now, more video content is uploaded to YouTube every 60 days than the three major U.S. television networks have created in the last 60 years.

In the USA - YouTube reaches over 70% of internet users.

In the UK - YouTube is the most popular social media platform, reaching 80% of internet users.

In New Zealand - YouTube is the most popular social media platform, reaching almost 90% of internet users.

Short on time? Jump ahead:

Even though YouTube is arguably more popular than Facebook, it’s often not the first social media channel that tradies choose for marketing their business. But why not? In the video below, tradesman and YouTuber Nick Bundy talks about the value of YouTube for trade businesses.

One night Nick stumbled across an electrician making videos on YouTube. Before he knew it, he’d watched almost every video. What he saw rekindled his passion for his work, and he found himself looking forward to trying new things he’d learnt online. A short while later, he started making videos of his own.

Nick admits the success of his channel was entirely accidental but believes any tradesperson can benefit from creating videos of their work. Setting goals is the key.

“If you can get 15 - 20 videos out for a portfolio, you attach that to your website. When a customer then clicks on it...it helps so much more than just a picture of a light that's on.” - Nick Bundy

Dan Seaber-Shinn and Jordan Farley also found that their YouTube channels quickly became one of their most profitable marketing strategies. The platform allowed them to showcase their projects more effectively and ultimately, win more work.

A desire to showcase his work differently and his natural competitive streak are what drove Dan to grab a camera and have a go.

“When everyone was throwing money at the phone book, I thought, ‘What can I do differently?’”

Since uploading his first video two years ago, Dan now has over 25,000 subscribers. Dan and his wife edit all of their videos and focus on publishing content that shows the reality of work as an electrician. 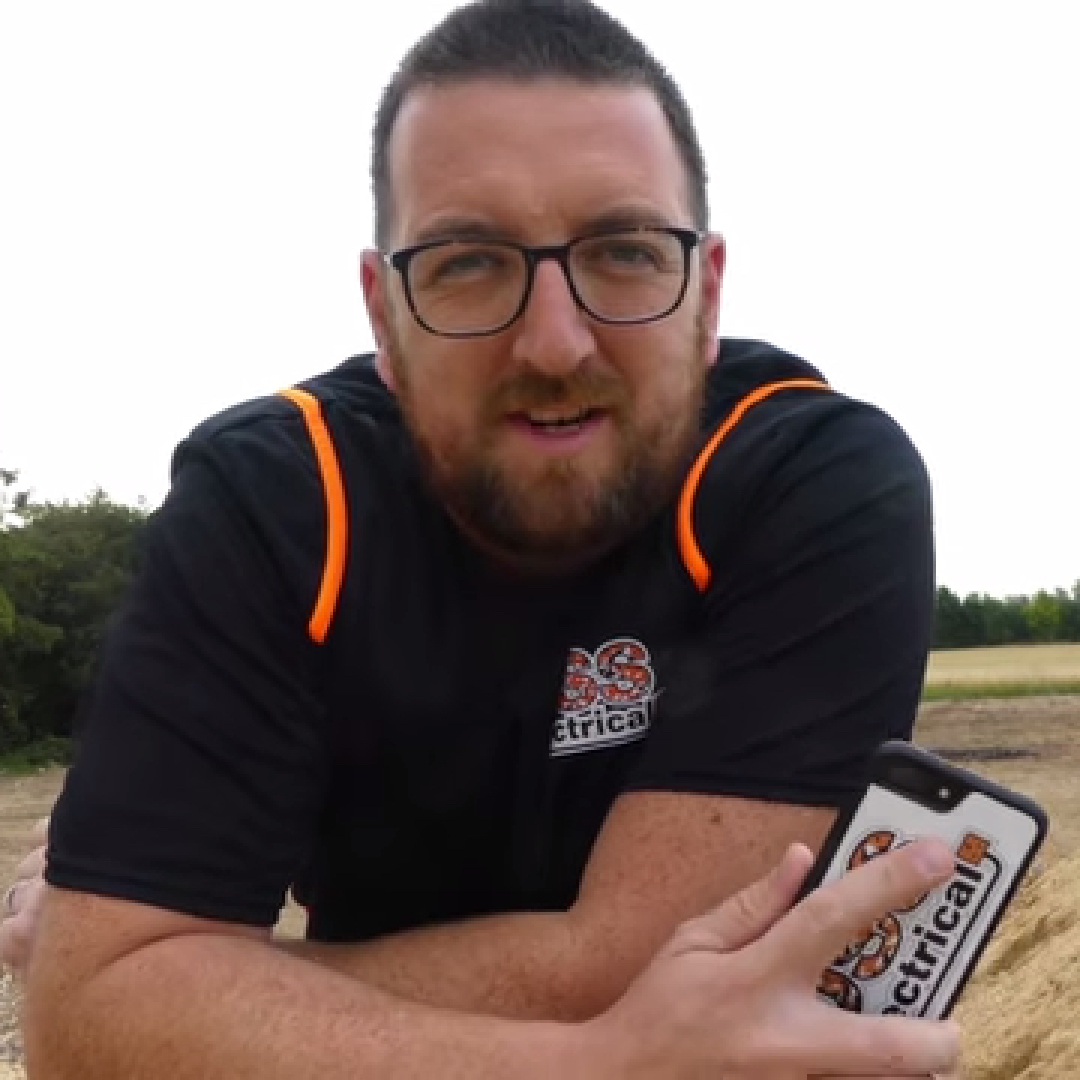 “The cock-ups, blowing up stuff, and the imperfections – that’s what resonates with people.”

When he first started his YouTube account in 2016, Jordan set it up alongside his other social media accounts. “More so I could use my username over there before someone else,” he says.

Jordan has always been interested in video editing, often tinkering on iMovie to create videos of his holidays. Initially, he decided to film and upload a couple of videos to YouTube to showcase some of his smaller jobs.

“I viewed it as a platform to showcase my work to potential customers – but nothing too serious at the start.”

Then out of nowhere, one of his videos got loads of views – and things began to snowball. Jordan now posts three videos a week to over 62,000 subscribers. He aims to share content that is both entertaining and educational. 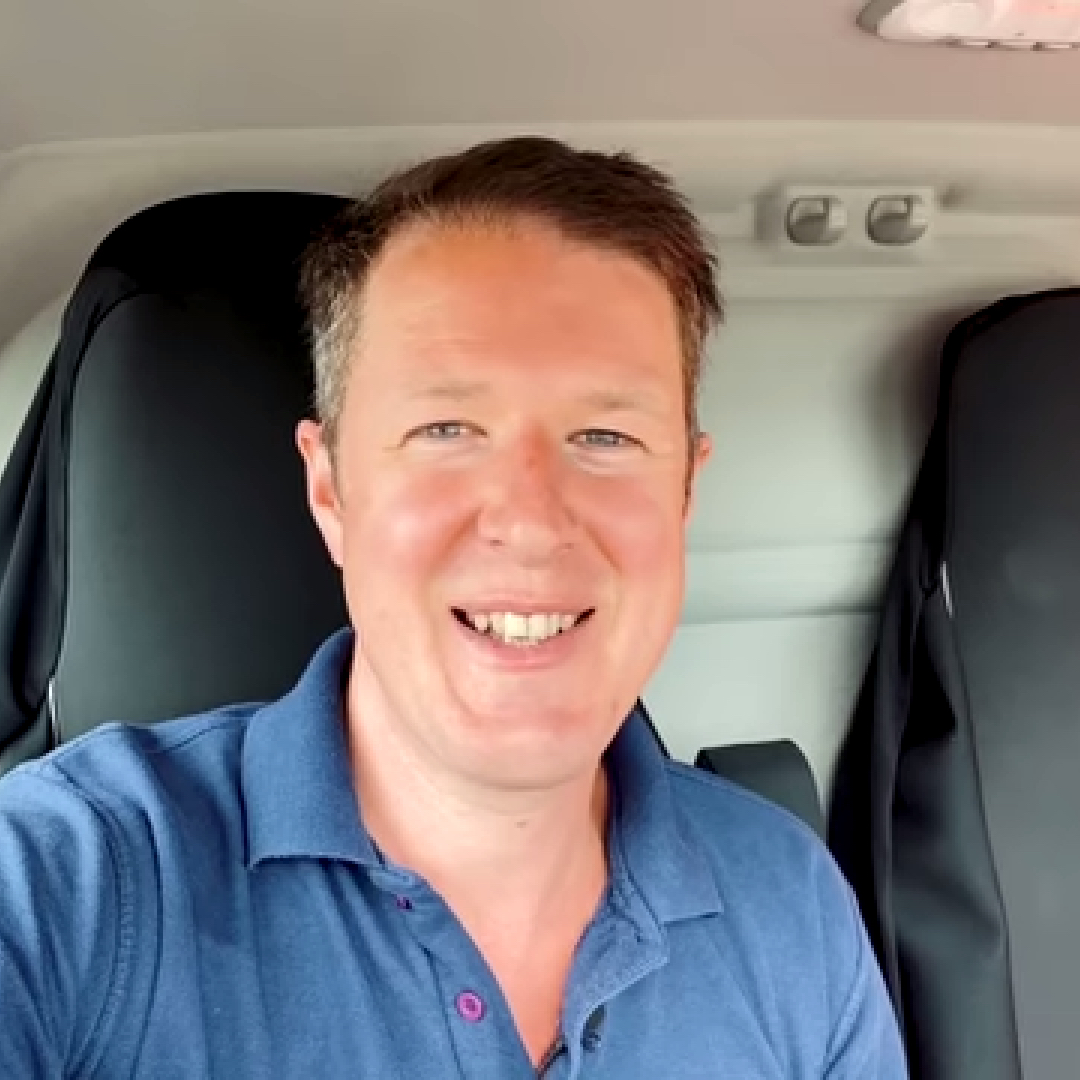 “It’s more like a vlog of my day-to-day working life as well as talking about some of the issues of the trade or how I’ve fixed problems I’ve come across on the job.”

Dan has earned ₤17,500 worth of work in a year from customers who have found him on YouTube. Jordan also gets a lot of his jobs through his YouTube channel. As Jordan explains, YouTube is the perfect opportunity to show potential customers your personality and standard of work before they hire you. Then when they contact you for a quote, they’re much more likely to become paying clients. 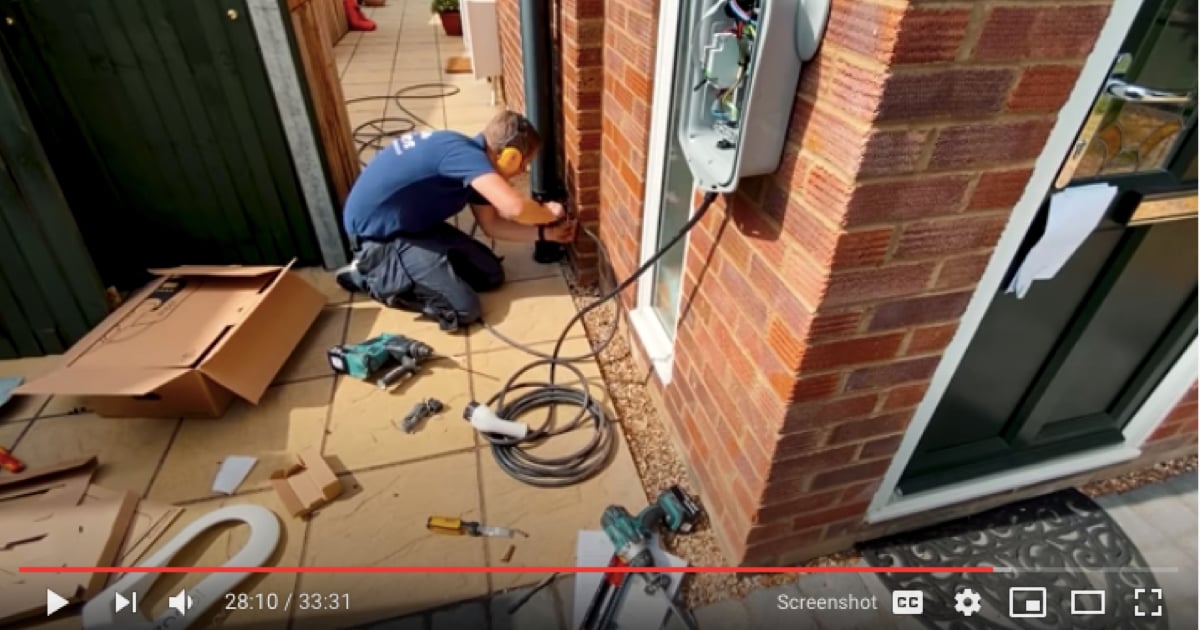 “I now have lots of learner electricians watching my channel, especially now lots are having to learn online, so it’s not the main reason I’m doing it but YouTube has definitely helped my business,” Jordan says.

While both Dan and Jordan agree that YouTube is a fantastic way to market your trades business, there are some things you need to be prepared for.

Jordan tells us there’s a lot involved in planning, filming and editing footage that can become all-consuming. On top of that, there’s replying to all of the comments and messages, Dan adds.

Then there’s the keyboard warriors and negative Neils who like to pick apart your work. Jordan says it's something he had to get used to. But, once you get the hang of things and find a workflow that suits you best, the possibilities are endless.

“I didn’t expect so many people to be interested in watching another electrician working, but that’s what I love about YouTube. You can put anything on it and there will be someone interested in it,” Jordan says.

If you’re considering using YouTube to market your trades business, take note of these tips:

Attach a goal to each video so you know exactly why you're making it. Think about the intended audience. Is it to help other electricians, or to attract new work. Tailor the video length and content to match. Don't get too involved with fancy transitions or motion graphics.

Because YouTube is now owned by Google, it uses a similar search algorithm. Use that to your advantage by learning how to get found on Google.

Confidence will come with practice.

“I really struggled to start with – I wouldn’t film in front of anyone. Now my wife and I walk around filming a giant selfie,” Dan says.

The easiest way to avoid wasting time is to have a plan, film as much as you can – then edit later.

Respond to comments at set times

“We’ll put a video up, give it a couple of hours, then have a look at the comments. The first night we’ll read through and comment, then a couple of days after that as well,” Dan explains.

Watch when and what other people are posting

Then find your own unique way of doing things.

Turn off email and phone notifications

They’ll consume a lot of your time otherwise.

“I use a late-model iPhone. As phones have improved, so has the camera quality. I do also have a professional DSLR but it’s not necessary,” Jordan says.

Find a design theme you like and stick with it.

Include an intro video

Make a short intro and add it to the beginning of every video. It's an easy way to professionalize your content.

YouTube is the top video network worldwide and when used effectively, it can be a powerful tool to add to your marketing kit. For Nick, Dan and Jordan, it has presented more than just an opportunity to build a following and make money.

“It’s created a community of electricians who talk about their jobs and learn from each other – that’s been an amazing experience," Jordan says.

Unless you’re one of the lucky few to go viral, YouTube is like any other form of marketing – success takes time and consistency. Find a way to demonstrate your work and experience that’s engaging. If in doubt, here’s Jordan’s last pearl of wisdom.

“Just start. Don’t overthink things. Put up a few videos and see what happens. Don’t worry if you don’t get many views at the start – they’ll come.” 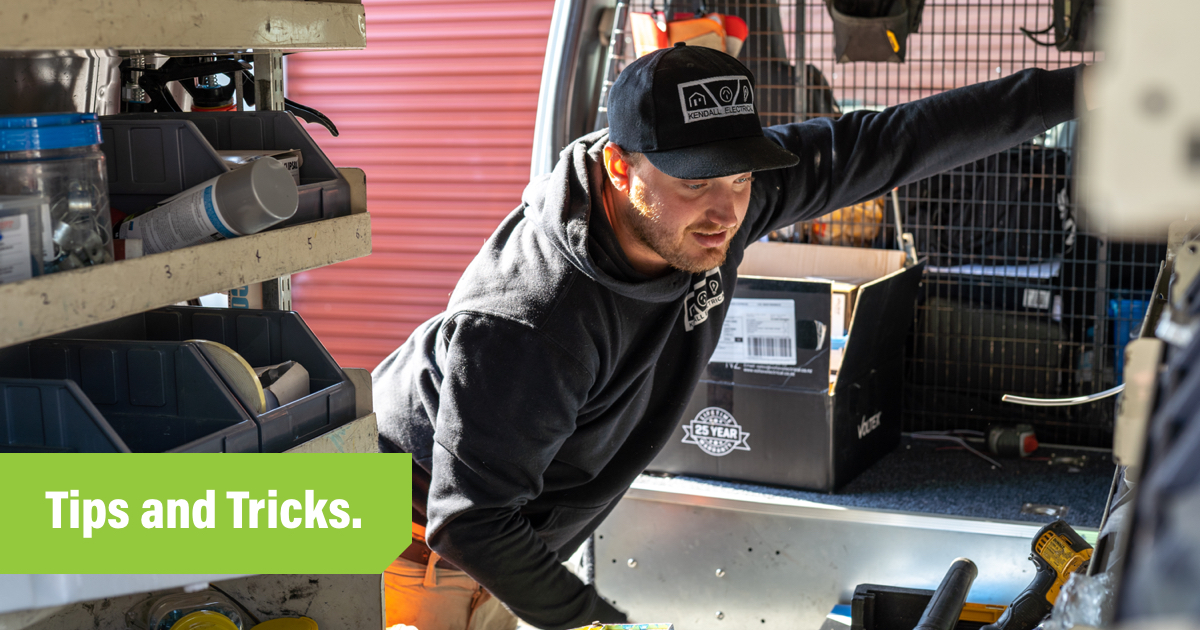 Free tips on how to take the best shots.

How to get your trade business on Instagram and how to use it to help you win more work.