Electrician VS Plumber - Which is the Better Trade in 2020?

You may remember Tradify's 2016 article  (Plumbers Vs Electricians - Which Trade is the Best Trade?), pitting these two trades against each other in the ring across 7 rounds.  Well it is 4 years later and it is about time to re-visit this age-old question that has fuelled plenty of debate on worksites the world over.

Which is the better trade now – plumbing or electrical?

So let's look at it now from a few different angles that were not covered in the 2016 article.

The earning potential of a trade doesn’t necessarily make one trade better than the other, but at the end of the day we all work hard for a reason, and money is a big part of that. There are a few different ways to look at earnings for tradespeople.  You can look at hourly charge-out rates, or you can look at taxable incomes.

In the FY18 Tradie Rich List published by Service Seeking, plumbers are marginally above electricians when it comes to the rates they charge in Australia. They have plumbers at AUD$83.04 an hour, and electricians at AUD$75.71 an hour.  Looks like Plumbers have really taken up a few notch in their hourly pay compared to what we saw in 2016.   These are the two highest earning building trades on Tradie Rich List.

This doesn’t take into account the cost of running the business.  A plumber might be able to charge higher rates, but they might also have higher running costs in their business, so the actual profit may be no better.

Trade Risk has published an annual report of tradie earnings based on taxable incomes, which is linked more closely with profitability rather than hourly rates. This list has electricians ahead with an annual taxable income of AUD$92,000 compared to plumbers on AUD$86,000. Looking at the two reports, there is not a great deal to split the two trades, so it is probably fair to say that one does not have a clear earnings advantage over the other.

What is clear however is that plumbers and electricians do typically sit higher than other building trades when it comes to average earnings.

So what about the day-to-day life of being a plumber or electrician?  Which is the more appealing? 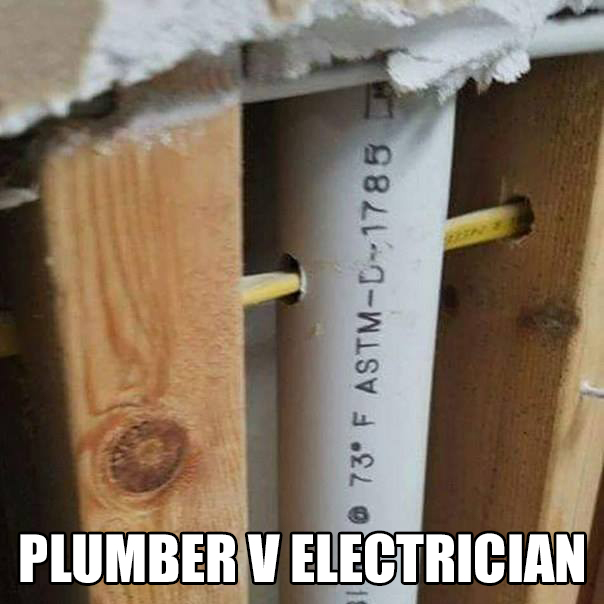 We used social media to put the question out to tradespeople, and unsurprisingly we received hundreds of comments with a wide range of views. There were a few common themes, often centred around how clean or dirty the work is.  One user summed it up by saying that plumbers always have the dirtiest boots on site, whilst electricians always have the cleanest!

No surprises that plumbers copped the worst of it.  After all, they are working with pipes all day, and you know what often runs through pipes other than water?  Yep, human waste! Aside from what runs through the pipes, there was also the matter of having to get dirty digging trenches, not to mention the stress on the body from the more physical work.

Electrical work was seen as much cleaner and less stressful on the body, although a few commented that a mistake whilst doing plumbing might get you dirty, whilst a mistake on electrical work could kill you.

Being social media, there were plenty of friendly jibes flying in all directions.  Electricians were accused of never cleaning up after themselves and only needing to know how to twist colour-coded wires together! Plumbers were told they only needed to know two things; that liquid runs downhill and not to chew their fingernails!

On a more serious note, it was said that the market for electricians was becoming more saturated than for plumbers, which made it tougher to win jobs without cutting prices.  If this trend was to continue it could lead to electrician’s earnings dropping noticeably below plumbers.

An interesting point of discussion was around each trades’ contribution to society. You might not think about it, but plumbing has a huge impact on the health of the world.  It delivers us clean water and diverts away the waste we produce.

None other than Albert Einstein recognised the importance of plumbers in the world when he said this:

“If I would be a young man again and had to decide how to make my living, I would not try to become a scientist or scholar or teacher. I would rather choose to be a plumber.”

If that’s not a glowing endorsement for plumbers, we don’t know what is!

Of course electricians do their fair share as well.  How would life saving equipment in hospitals function without a reliable supply of electricity?

It’s fair to say that both plumbing and electrical work play a hugely important part in the modern world.

Which Trade to Choose?

Unsurprisingly it is impossible for us to come up with a single answer that suits every person.

Some tradespeople will have a more enjoyable and successful career as an electrician, whilst for others it will be as a plumber or perhaps something completely different.

Which is the better trade really comes down to the individuals doing it.  The effort you put in and the pride you take in your work will have a greater impact than which trade you choose.

About the Guest Author: Shane Moore is the founder of Trade Risk, Australia’s most awarded insurance broker specialising in tradespeople.  They look after the business insurance needs of thousands of electricians, plumbers and all other building trades. 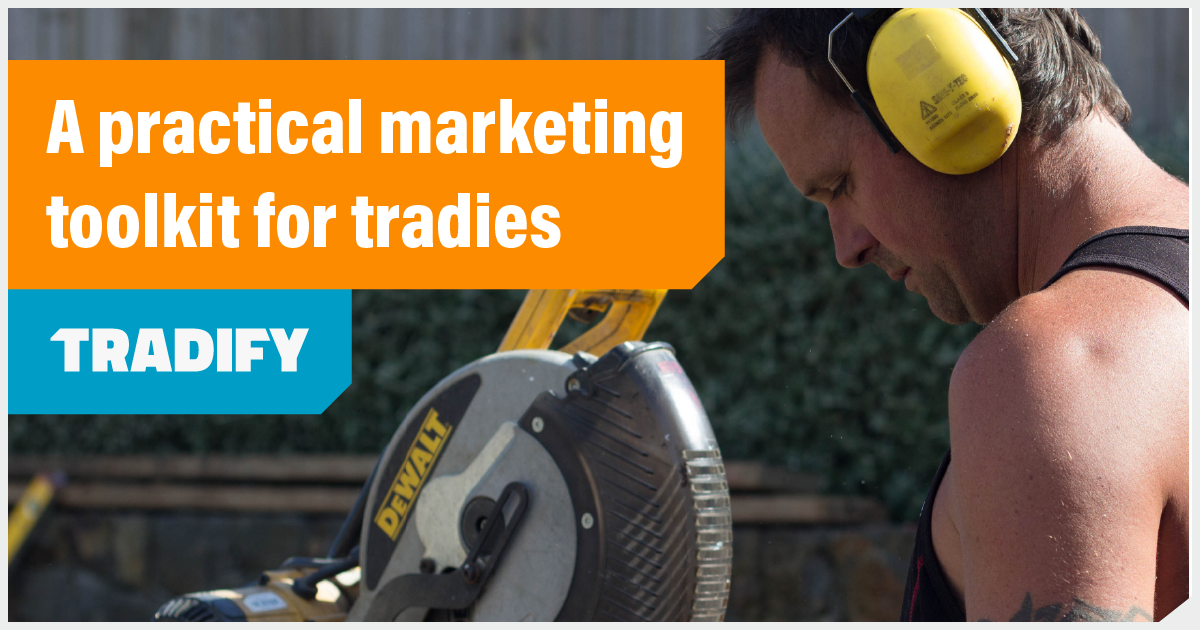 A toolkit with everything you need to know about marketing your trade business. Get examples, tips & tactics to help you win more business.